I've got to be honest and tell you that I've missed you all quite a lot.  I've missed reading all about what you've been up to and only having the odd chance here and there to pop in when I have a second.  I've felt so guilty too for going AWOL once more.  It was not at all intended!!  Life has been so seriously hectic that I just haven't had any time to even look at my laptop, let alone actually turn it on and sit down and write a post.  Here's some of the things that's been going on....

The week before Halloween was exceptionally busy too with making costumes for the kids.  They decided that they wanted to dress up as Batman and Robin from the original tv series.  So I set about stitching and piecing and measuring and hoping for the best that all would work out in the end.  I was very nervous about it all because I was not working from any type of pattern but only from a picture that we printed out from the internet. 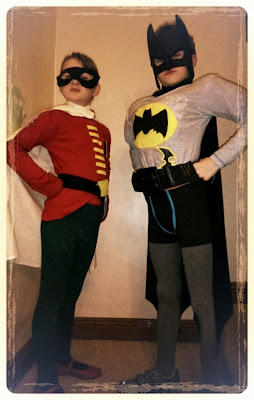 I breathed a great sigh of relief when they tried on their suits and absolutely loved them.  They were as proud as punch going to school for their dress up party in the outfits.  And even though Patrick was called Fatman at school, he came home saying that he didn't care because his Mammy made it for him.  Ahhh so sweet.  That made me feel so good. 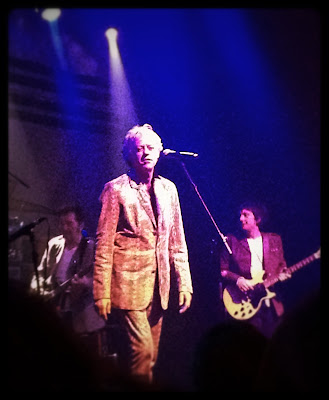 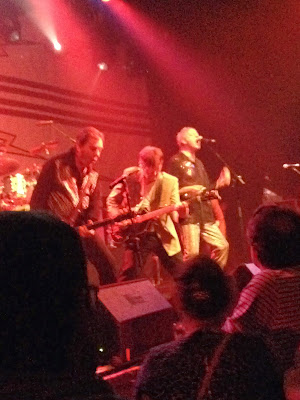 First up I Michael asked me to go with him for the weekend to see The Boomtown Rats in Dublin and since I figured that this would a great deal of shopping too, it didn't take me long to agree.  I'll be honest and say that I was not really looking forward to the concert, not being a great fan and only knowing two of their songs.  These guys are golden oldies after all and I was expecting songs to be only crooned out.  How wrong was I!!!!  It was their first concert in 29 years and they sounded no different at all.  There was a lot of Dad dancing and some very bad clothes that really should have been left in the 70's but these guys had still got what it takes to put on a fantastic show. 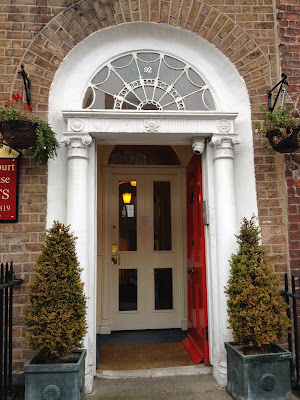 The next day after breakfast we took a walk into the city centre.  There is so much beautiful architecture to be seen in Dublin that I was kicking myself for not remembering my camera.  I plan on soon taking a day trip up to take a long walk around the city with camera in hand and try to capture the best that the city has to offer.  My Husband refuses to accompany me on this trip.....spoilsport! 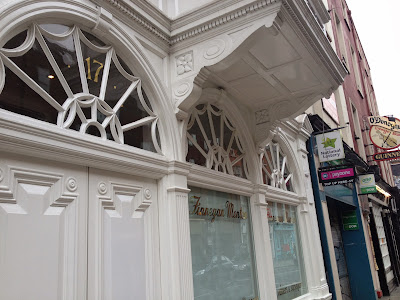 I just love these old shop fronts and the arched windows .  There still remains a lot of Georgian architecture that can be seen all over the city.  I promise that some in the new year i will give you a full tour of Dublin and all it's fantastic sights. 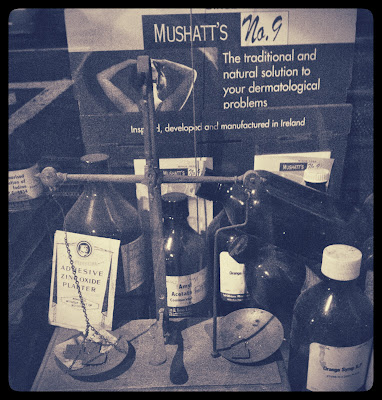 While walking back late night from the concert to the hotel we came across a small chemist shop that my mother went to when she was a child and also brought me to when I was young. I walked straight passed it at first and it took a second to register with me what I had actually seen. At first it felt like I may have been sleep walking and dreaming of times past but thankfully not. I was so delighted to see it still there and that it was not changed at in all this time.  Just look at this window display. 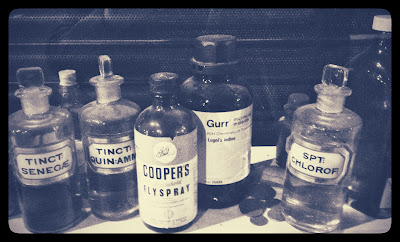 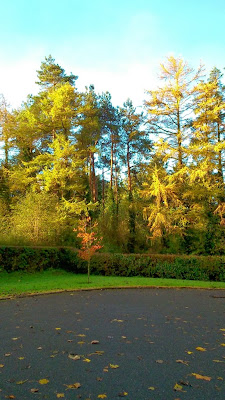 There has also been a lot of baking of Christmas cakes and puddings.  As soon as I get the chance I will post the recipes for these wonderful failproof Christmas necessities.  they are recipes that my mother has used for years and had taught me well from a young age how to get the best results.  Now we were joined in the kitchen by my two kids.  We had so much fun and I would say that our laughter would have been heard on the road outside.  These are the things that make this time of the year so special to me.  Things that make memories that I clutch close to my heart.

I did take many more pictures over these busy weeks but being the total plonker that I am, when I changed my phone a few weeks ago, I hadn't checked to see if they had uploaded to the iCloud and had lost all of them.  Some very precious pictures of my mother and myself baking together that my son had taken when we weren't watching.  I must organise another baking session soon and pass the camera over to Patrick once more, so long as he only gets my best side!!!!

Anyway, I hope to be back as soon as possible to share those recipes with you.
Rosie xx
Posted by Old Magnolia Tree at 9:42 pm

I adore to see a comment popping up. If you have the time, please do leave a few words. I try my best to reply to all the comments that I get.
Rosie xx 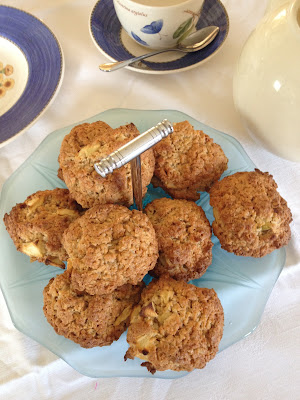